🎊 Thanks to your support, we were able to donate $48,660 to mental health and suicide prevention nonprofits in 2020! 🎊

It's Impact on Mental Health

23 years old and I am starting to find a home in my body.

23 years old and for the first time I am VISIBLE.

Maybe you’re thinking, “That’s not possible that you weren’t visible before. How could you be invisible for 23 years!”And I’d say you’re correct--my physical body was visible to outsiders for 23 years. But those outsiders could not actually see the person standing in front of them because of assumptions based on my physical body.

So that is what I mean by finally being visible.I am visible as ME, not as *deadname*--the person who’s narrative was pre-determined by traditional societal norms, rigid gender binaries, and social rules/regulations which told outside viewers of my world to see me as a FEMALE, a WOMAN, FEMININE, and NOT ME just based on my physical appearance. 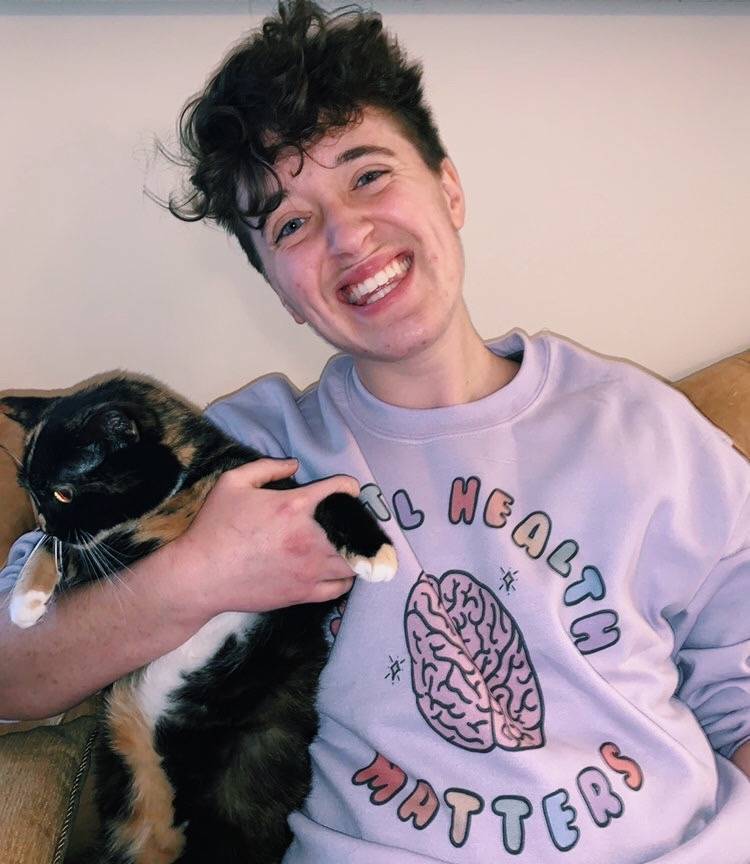 How assumptions impact our mental health

The transgender community is estimated to be around 0.6% of the U.S. population—around 1.3 million individuals(Williams Institute, 2016; Cicero & Wesp, 2017; Zook, 2017).According to the findings of the National Center for Transgender Equality’s 2015 National Transgender Survey, transgender people represent one of the most marginalized groups in the United States.Transgender individuals experience disturbingly high patterns of mistreatment and discrimination with respondents reporting high levels of mistreatment, harassment, and violence in every aspect of life. [For more extensive information please view the powerpoint and the reference list below]. 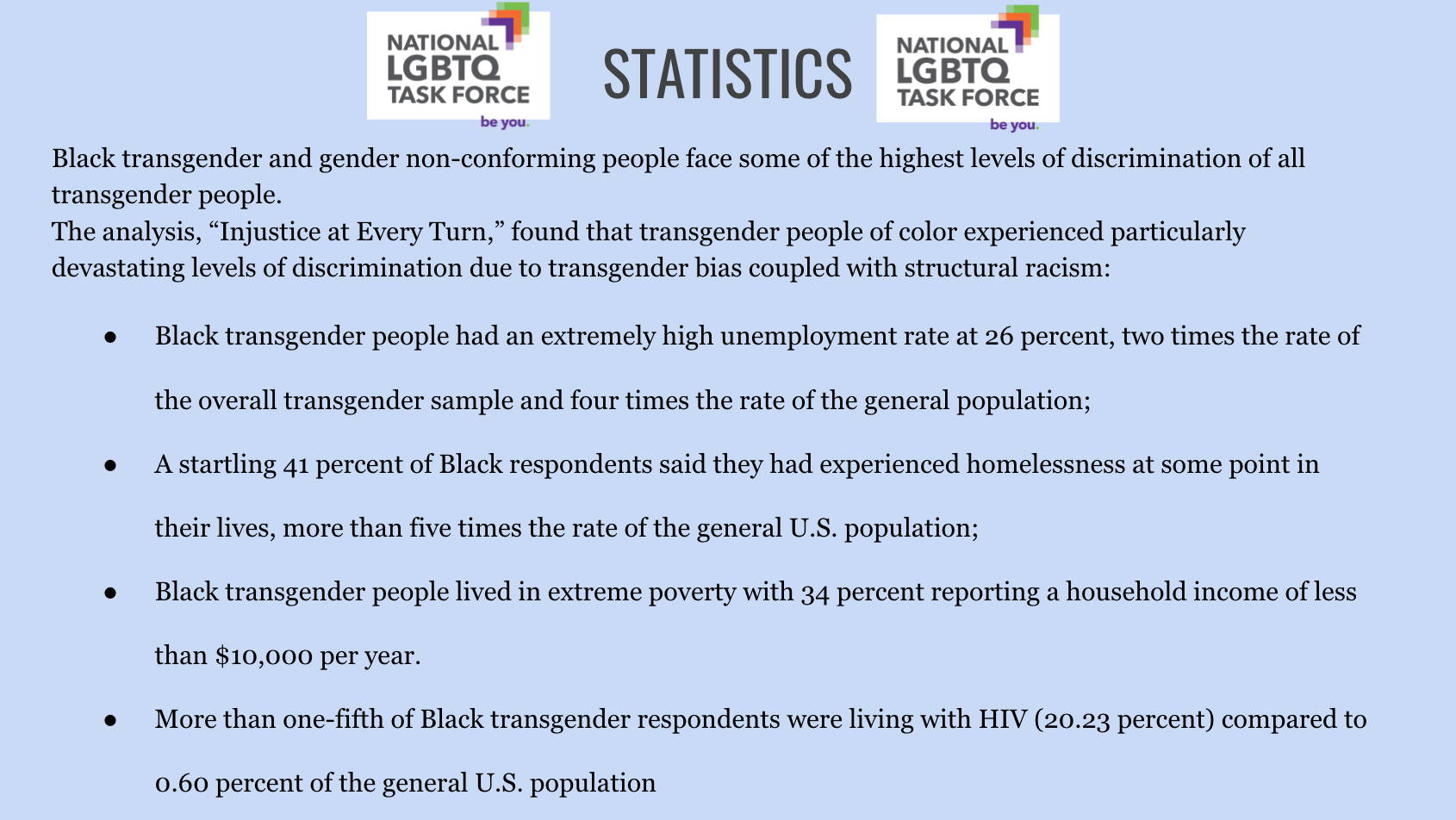 Click to see the full PowerPoint to learn more

The Meaning of Visibility

I am 23 years old and I am finally visible as my true, authentic self.It took 23 years of active pursuit to reach this baseline level of visibility that cisgender people are handed at the time of their birth.That is because being visible is a privilege--a privilege that some have, and others don’t by no fault of their own.It is a privilege that cisgender people are born with and trans people have to fight for--sometimes every day of our lives.It is a privilege that most cisgender folks likely take for granted, not even knowing it is a privilege that they hold.It is also a privilege that even trans folks benefit from (i.e., trans folks who “pass” or are stealth)It’s even a privilege that I am benefitting from. How you may ask? Well, whereas before I was visible as ME, people wrongly assumed and treated me like (and awarded me the privileges of) a white cisgender woman. But now, others aren’t wrongly assuming that I am a white woman, rather, they are assuming that I am a white, cisgender, man. As such, society has opened the golden gates to privileges I’ve never had access to before (i.e., walking the street safely alone or at night, treated with greater respect in public spaces, etc.). So although I identify as a non-binary transmasc jewish human, and I do not identify as a white cisgender man, I nonetheless benefit from the privileges that come with being a white, cisgender man. So I say, to those of us who are privileged enough to be visible as our true selves, let’s use our privilege.